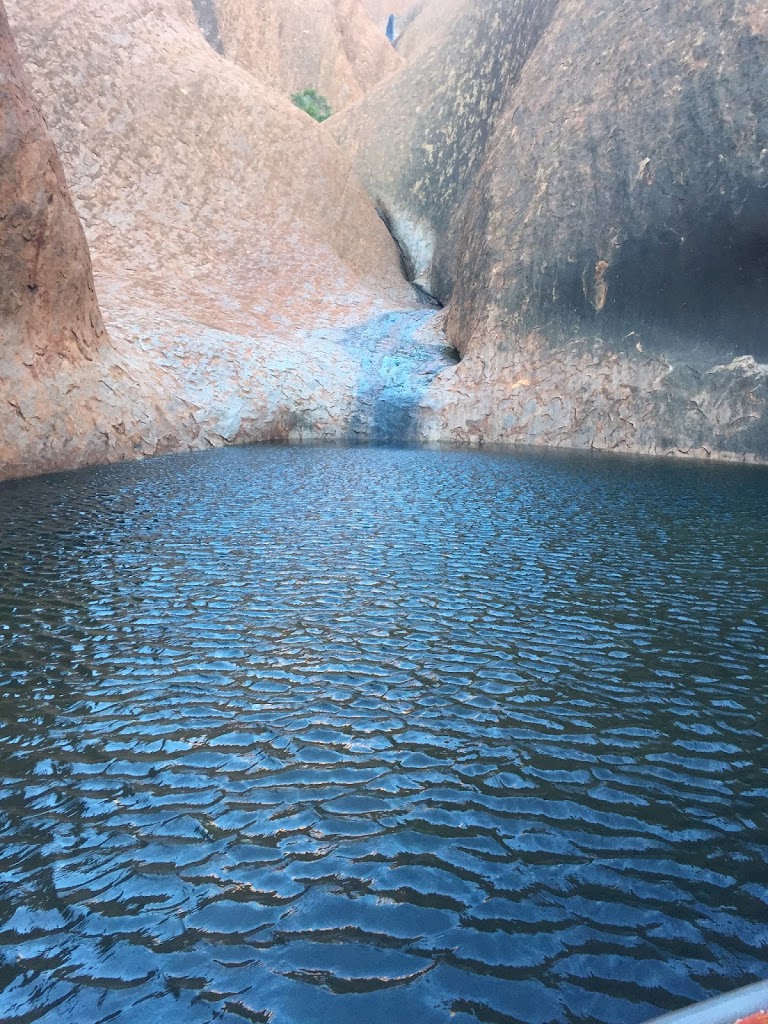 Come listen to the wind – there are three types of wind. There is one that is high in the tops of trees like a choir of voices building to a crescendo. One that softly whispers in your ears and tells you of the past and finally that drumming wind that whirls around your head assaulting your senses and body. The winds sing to you the story of Kuniya, the python woman, who avenged her nephew wounded by Liru the poisonous snake man and who, as a result of his wounds, dies when his aggressor should have stayed and treated him.  Kuniya who is a strong woman, not thwarted by male supremacy, a wise and intuitive woman who knows and understands cultural lore, a compassionate woman whose actions demonstrate her love and loyalty to those she loves.

Sitting at the end of the Mutitjulu walk in silence, in the shade of Uluru at the water’s edge we pondered the story of Kuniya and Liru – a story of vengeance and love.  It was easy to be taken away in this environ to imagine the story unfolding before our eyes – to be taken to the dreamtime.

When one thinks of Uluru you don’t picture majestic gorges and crystal clear water as part of the visage. These are some of the secrets hidden in the curves and bends as you circumnavigate the rock. 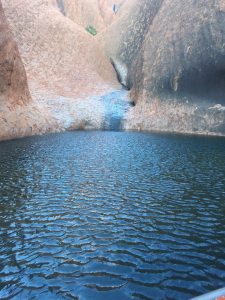 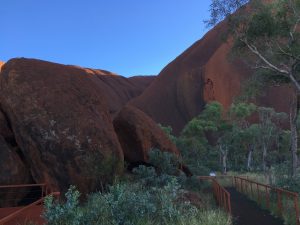 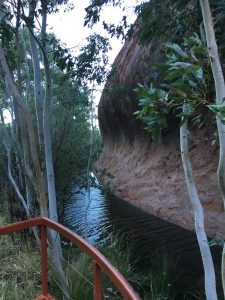 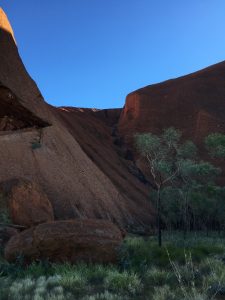